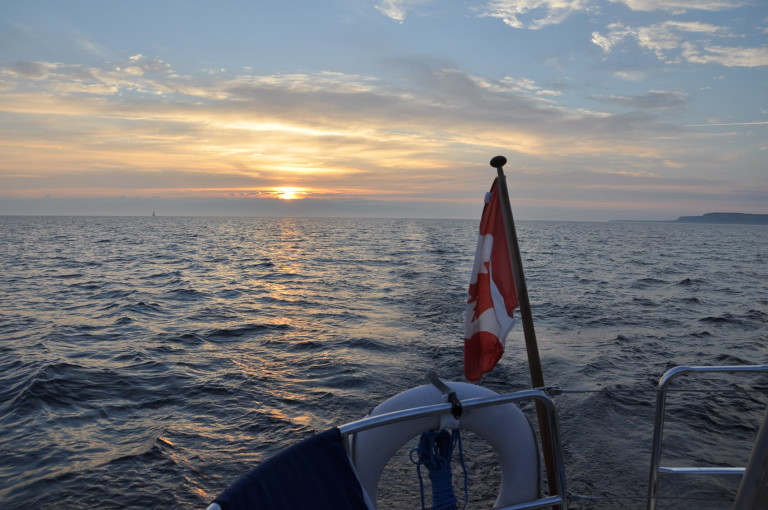 Seeing as winter has persisted for so long now and unlike past years there have been almost no appreicable thaws, one can’t help but reflect on summer.  Seeing as this blog is going to be primarily sailing and travel related for a while to come, it seems fitting to reflect on last summer’s sailing that I had good intentions to post last fall but didn’t get a chance to.

The last week of August we set off for a two week cruise bound for the North Channel of Lake Huron.  We got held up on departure for a couple of days due to poor weather with a high risk of thunderstorms, but after two days at the dock it looked like the risks were dissipating so we set off from Penetang harbour to Beckwith island mid afternoon.  Just before arrival, the revised forecast came out and it was confirmed that the weather would be clear overnight, albeit with light winds so we decided to drop the anchor for dinner and then set off just before sunset bound for Tobermory.  The winds were so light that we motored the entire journey and the autopilot steered while we took turns taking 3 hour watches.  I came on watch just intime for the sunrise seen below as we had rounded Cabot Head about 2 hours out from Tobermory.

We contemplated anchoring in Big Tub Harbour, but decided to tie up in town instead to make it easier to explore.  We had a bit of a lazy day wandering about Tobermory in the sun and stopped in at one of the local restaurants for lunch.

The next day we set out in thick fog headed towards Little Current.  A few hours later the fog burned off, we experienced about 2 hours of wind and then it went dead calm, so we motored 8 of the 10 hour journey to Strawberry Island.  Magnus approves of the calm conditions and makes himself right at home on deck.

The following day we set off again in light to no wind, rounding the lighthouse on Strawberry island with Little Current in the distance.  We went through the swing bridge and the current was relatively minor in the channel owing to the light winds.

We found a secluded anchorage at the foot of the la Cloche mountains were we enjoyed a relaxing couple of days.  We dinghied over to a small beach and swam with Magnus and discovered a trail leading inland.  We didn’t have time to explore the trail, but later learned that it was a portage route to a small lake.  Next year I plan to carry a map of the area so that we can do dayhikes on some these trails.  The whole time we were here the outboard motor proved very stubborn to start.  Fortunately it turned out to just be a fouled spark plug, so that was readily fixed as I had bought a spare at the start of the season.  Two days later we  headed further west to the Benjamins.  We had light wind, but enought to sail.

On the homeward bound portion of the journey we sailed from the Benjamins into Little Current where we tied up to the town dock and walked up to the grocery store.  We set off late afternoon through the swing bridge and anchored at Heywoood Island.  The next morning the wind was blowing, and we sailed with a reef in the main and a few wraps on the genoa.  This works alright down wind, but Altera really loses some pointing ability when the genoa is partly furled.  We decided to head to Covered Portage Cove to anchor and as we were getting close went to start the engine so we could lower the sails.  The engine cranked but didn’t fire.  I tried the glow plugs for an extended time and still no firing.  With a bit of cranking the engine did finally fire and ran flawlessy into the harbour.  The next day we pulled anchor late morning and motored through the town of Killarney.

With winds forecast from the north west at 15-20 kn it would be a good deep reach to sail home.  By mid afternoon, however, the winds were blowing 25kn with gusts close to 30.  The waves were up to about 6 feet instead of the forecast 3 feet.  We were moving quickly along under a double reefed main and a notable part of the genoa furled.  We alternated at the helm in shifts of 1 hour and surfed down waves at speeds of up to 11.8 kn according to the GPS.  Altera handled the conditions well and is a well mannered boat to helm.  As it approached 2 am we were quickly nearing the anchorage at Beckwith Island and I went to start the engine.  Same problem as a couple of days before.  Cranking but not starting.  Finally it did start and we motor sailed closer to the anchorage.  I went up on deck to pull down the sail really wishing in the dark and waves that we had lazy jacks so I could have just let the sail drop and flake it neatly later when the boat wasn’t beam to the waves.  We managed nonethe less and the waves dissipated as we tucked into the anchorage.  Magnus had been surprisingly good for the roughest journey we had encounter thus far with him.  I rowed him ashore in the dark and by the time we got back to the boat he devoured his dinner and we all slept soundly.

The next morning, I tested the glow plug circuit and swapped out a relay.  The engine fired right away and I was content having solved the starting problems for 2 engines on this vacation.  Unfortunately, the starting issue reared it’s head again on the morning of lift out a couple of weeks later, so the problem will require some more thought.

Here is to hoping that spring is just around the corner. 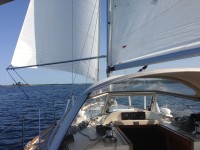 Why not sail the sailboat?  After all, the engine is just the auxillary power.  The water leak into the transmission oil is small, so if…read more → 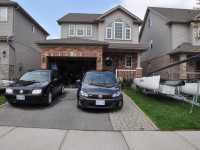 Having returned home from Edmonton, there is a ton of work to do.  To start with, there is still more clearing out of stuff to…read more → 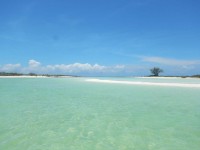