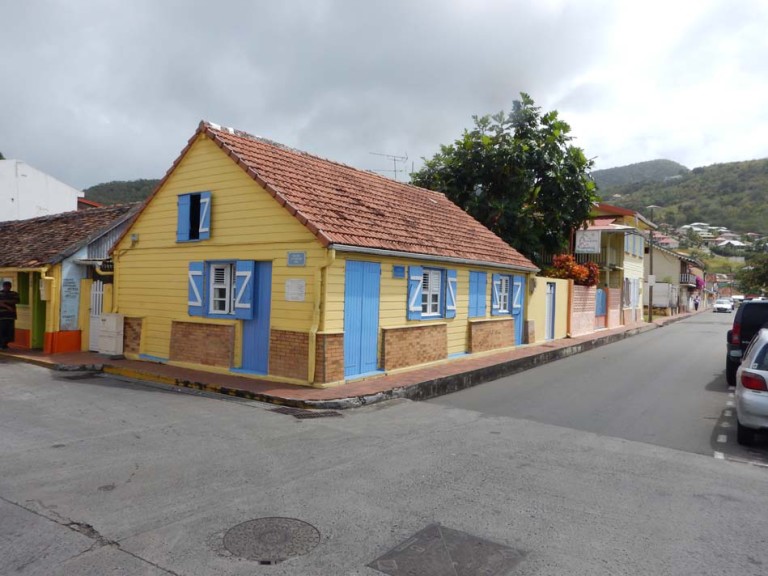 For nearly the past two weeks we have been thoroughly enjoying Martinique. This French island is quickly becoming one of favourites and if it weren’t for a schedule, we would be quite happy to spend another couple of weeks here.

We sailed overnight from Les Saintes passing a few miles west of Dominica. The winds were brisk in the gaps between the islands, and then despite being 5 miles west of Dominica the winds moderated in the shadow of the tall island and then blasted us again on the gap to Martinique. If I were to cruise south again, I likely would land in St Martin instead of the Virgin Islands and then jump to the furthest point south so that we could then island hop on a reach with the ESE trade winds working for us, rather than beating into them on every island hop.   To be honest I’m baffled why more boats don’t do this, but suspect for many it is an aversion to night sailing.

We arrived in Fort de France mid day and cleared custom in the largest Caribbean city we’ve encountered. A review I read suggests that it is a city much like Paris, but until I make it to Paris I can’t really confirm this. We enjoyed wandering the narrow streets window browsing at the numerous shops. We were delighted to find a large market for fresh foods, where we later stocked up. With the size of the city and the surrounding neigbourhoods it is clear that there is a lot more than tourism to their economy, although we haven’t toured in land to get a better glimpse.

The anchorage was a lot more comfortable than we expected anchored just in front of the old fort. The French islands are very welcoming and Fort de France was no exception with a large dinghy dock and tidy waterfront.

The next day we spent the morning cleaning, doing laundry and provisioning for our next guests, Chrissy’s cousin Jill and her husband Angelo. We toured the city with them and spent their first night in the city before departing later the next day.

We spent a leisurely couple of days on the western shore hiking, snorkeling and checking out the beach village of Grande Anse and Anse d’Arlet.

Someone can climb the rocky trails faster than the rest of us.

We found the ruins of an old fort along the waterfront and suspect that this was the munitions storage based on the size and thickness of the walls.

We found some healthy coral on a few of our snorkelling stops.

The Vulcan anchor in action:  not bad for a hard grassy bottom.  Our old CQR did not like this type of seabed.  In soft sand the anchor routinely disappears completely.

While checking the anchor I saw a couple of these, but nobody believed me.  So I took the camera next time.

We had moderate winds for our several hour upwind sail to Sainte Anne and Angelo did a great job of steering while I watched for other traffic and eventually the boat motion lulled Chrissy and Jill into a nap.

Sainte Anne is a pleasant town and we were surprised to see the anchorage with close to 250 boats, but despite this there were still many places to anchor and we found a spot as close to the dinghy dock as possible (the town restricts anchoring within 300 yards of the town).   One of the highlights of the town is their bakery and we’ve been enjoying trying the various types of delightful fresh bread everyday since we arrived.

Ice cream with a view.

Catching up on wifi.

It was hot in town so we found more ice cream another day.

At this point, Martinique is the furthest point south we have intended to travel this winter.  Hard to believe how fast time flies and that we will soon be pointing north.  In theory we should have a better heading if the ESE trades continue.

With our company having returned home, we are still in Sainte Anne and will be for a couple more days as I’m in the process of adding 6 more coats of varnish to the toe rail to try and combat the UV. 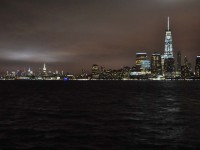 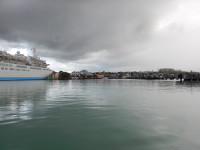 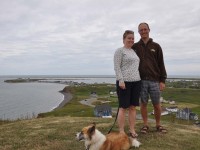 We sailed overnight from PEI to the the Isles de la Madeleine, or as the english refer to them, the Magdalen Islands.  The forecast East…read more →

This article has 7 comments