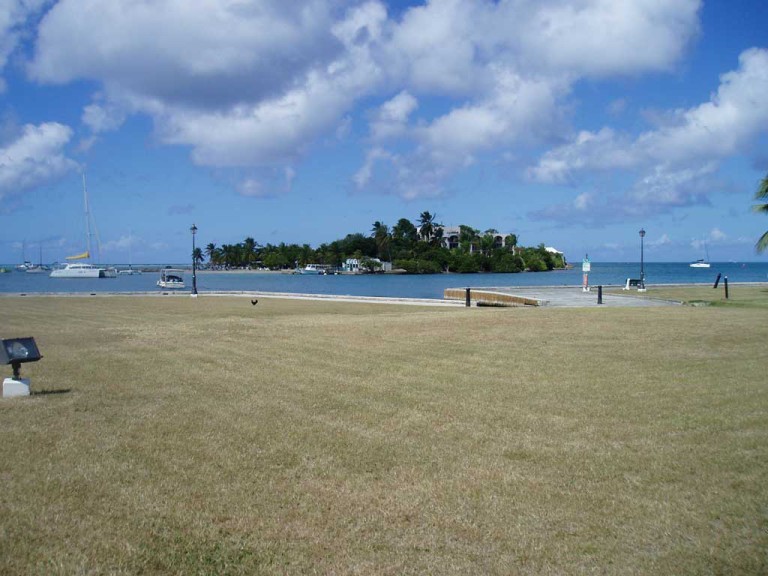 Nearly two weeks ago we made the 30 or so mile sail south to St Croix for a few days before we departed the US Virgin Islands. We had been waiting for a time with settled weather as there are few anchorage locations on St Croix and they are not overly well protected. We finally had enough of waiting and seeing as there was no end in sight for north swells we decided to just go and stayed at Green Cay Marina for 3 nights as they had a 3 for 2 promotion on. As it turns out we also had a frontal system move through while we there so not only were the anchorages uncomfortable in St Croix, but also all over the St John, St Thomas and the BVIs so we picked a good few days to splurge on a marina.

Our sail over was a brisk one with a single reef in the mainsail and our working jib. We made steady progress on a close reach between 6 and 6.5 knots. Along the way we saw a pair of whales in the distance.

Christiansted is between 2 and 3 miles from the marina so we used the opportunity with the clocking winds coming from the south to dinghy along the north shore into town. They have a nice waterfront and they only get about 2 cruise ships in St Croix each week (at the port in Fredricksted), so the place had a much quieter and more relaxed feel than St Thomas. The area historically was part of the Danish west indies and a few of buildings from that era still exist so we did a tour around and read the historical plaques to get a better history of the town. Some of the most robust buildings were the fort to defend the harbour and former government buildings used to process shipments and collect duties. I suppose government priorities haven’t changed all that much over the years.

I didn’t think the steps were that bad…  No worse than visiting Needles Hall at UW when they screwed up your tuition fees.

Much easier to roam around without thousands of cruise ship guests with cabbies all pushing for their business.

The cruise ship guests obviously do make it via cab or bus to Christiansted as they have they typical shops found in most caribbean cruise ship ports to help you go home with a lighter wallet.

We had intended to rent a car for a day so we could tour the island and also see Fredricksted on the west end of the island, but it was high week for tourism so all the cars were booked or required a 3 day rental. Not a big deal, we just explored a different part of Christainsted instead and walked to find groceries. This is admittedly a challenge when cruising with a dog, as we can’t leave him on the boat (which needs to be closed up in case of rain squalls) and catch the bus to tour around ourselves.

Our evenings we spent binging on the marina wifi to catch up on a few work related tasks, upload pictures to the blog server, and download statements that needed sorting through ahead of tax season… Even living the dream there are some things you can’t escape.

We had a great sail back to Charlotte Amalie arriving just before sunset.   We anchored for the night to get some rest and the next morning we had one last wander around the town, bought an underwater camera that we can take snorkeling, enjoyed a quick lunch from one of the street vendors and then departed for the Spanish Virgin Islands. 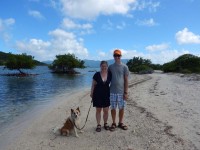 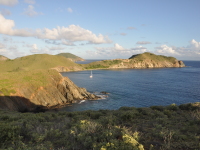 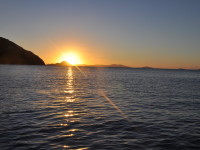 We have cast off our lines and are on our way out of the mouth of the Cheasapeake Bay bound for the Virgin Islands!  …read more →