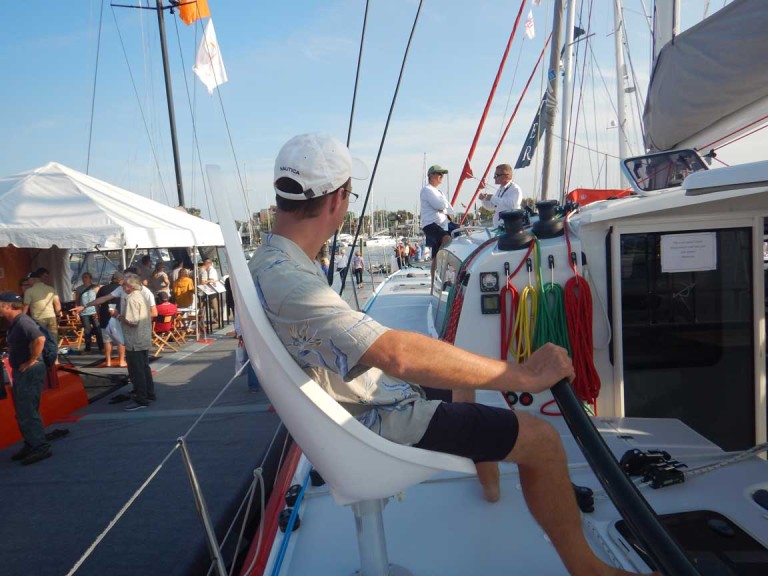 7  1/2 years ago, Chrissy and I bought a Hobie Cat Getaway and the book “Catamaran Sailing from Start to Finish“.  2 years later we craved a more technical boat, with more strings to pull.  So we bought a used racing Hobie Cat F18 Tiger and a more advanced book.  While our combined crew weight was on the low side for such a powerful boat, we had a lot of fun and kept on learning.  Naturally when we came up with the idea of living and cruising on a boat we first thought of a catamaran, so it should come as little surprise that our real dream for our next cruising boat would be a cat.

Ultimately we didn’t buy a cruising catamaran initially because there are few under 40′ that have a solid sea going reputation and there are few cats on the great lakes – and we wanted to log some miles on our own boat to ensure we wanted to go and to build our experience.  Beyond 38′, the market it is dominated by used charter catamarans, most of which are built to have very accommodating staterooms.  This compromises the hull shape and as a result some of these cats don’t sail upwind and barely outpace a monohull on a reach.  Plus they seem to come with 4 toilets and 4 showers, that I don’t care to maintain, don’t need and could make better use of the space or opt for the slightly shorter and more affordable cat instead.  Ultimately, we were not about to buy a floating condo with a mast.  As with anything in life, performance and function come at a price, so the reality was that we could afford a solid, seaworthy and comfortable home in the monohull category, or we had wait.  We made the right decision at the time and have no regrets with Altera.

So why the allure of a multihull?

Of course there are drawbacks:

So, lets begin with the Antares 44.  This a well respected catamaran among cruisers.  Very solid, and built with long range cruising, not the charter market in mind.  Admittedly the exterior styling isn’t anything to get excited about, but once on board it was impressive.

As we walked through I was amazed at how functional this boat would be at sea and at anchor, in warm climates and cool ones too.  And I could envision living on it for long periods of time happily.  Lots of storage cubbies throughout, a galley you can brace yourself in, large nav station, protected helm station and very comfortable seat for those long night watches.  The cockpit was very central and was even designed so you could fully enclose it which would have been great this spring as we sailed to Cape Breton.  Major equipment seemed to be installed in such a manner that it could be reasonably serviced too, and it’s the only catamaran I’m aware of without sail drives.  Fit and finish were high quality.

The downfalls?  Well, a 3 year waiting list and a 1.1 million price tag top this list.  The sales guy assured us that was a ready to circumnavigate price, unlike many of the other boats we would see at the show.  My biggest beef, is that the boat comes with everything imaginable, so if you prefer to keep it simple, I suspect it would be a struggle to get it.  For instance, we don’t really want a cat with 3 air conditioners and a big generator.  We will seldom use them and they will be among the items most likely to break.  Plus, standard are 2 televisions.  I didn’t have a TV in my bedroom at home so why the heck do I want one in my cabin on the boat?  I like keeping it simple with a strong DC system, as we have done on Altera, so there is no need for a generator.  Then there are some of the details, which are now aging.  For instance, the solar panels have space moulded into the hardtop for them.  Unfortunately solar panels have evolved a lot since they made that mould was made and you could easily have a lot more wattage and less weight with the walk-on Solara panels instead of little 50W rigid framed panels.

And as for performance?  I asked the sales guy, “so, on a reach in good conditions you would be able to achieve 11 or 12 knots?”  And his response….”well, you have to remember it is a cruising boat and to carry all the tools, gear and spares that those speeds are just not realistic…”  So, there you have it, not likely to put a big grin on your face when you get those perfect reaching conditions.  While I wouldn’t rule one out, it might not be any faster on passage than a similarly priced mid fifities monohull, just a little flatter ride.  So here we have the Bentley of Catamarans; respectable performance with all the creature comforts.

I have long had an interest in a Catana as they are performance cruisers.  A little lighter and more aggressive hulls for speed, but enough creature comforts to make extended time aboard enjoyable.  Unfortunately, they didn’t have one at the show.  I still have an interest after meeting an older swiss gentleman in PEI this summer this past summer that had sailed one from Europe and across the south pacific, claiming his 471 could do 16 knots!  However, Catana puts the helm stations on the hulls, so you have no protection from the weather.  Sure would be lots of fun in the Caribbean, but on our trip to Cape Breton, it would have been like doing laps on the Cabot Trail in an Audi A4 Cabriolet, top down with no heater on New Years day.

Years back, I read that Outremer built a solid catamaran, but the styling was not very attractive to me, and they were built for performance, so the ammenities were spartan to say the least.  Pictures made it seem like pitching our 2 man tent on the trampoline of our Hobie Tiger would have been almost as comfortable.  So to say that I was very pleasantly surprised when we saw the new 51 would be a huge understatement.

These cats are still built for performance, but the interior space is livable.  The rep showed us around and explained that much of the interior cabinetry was cored to save weight, showed us some of the characteristics that make the hulls fast and had me sit in the optional side seats with tillers that would bring me back to my Hobie Cat days.  Imagine steering this way while cruising at 15-20 knots.  How could that not put a grin on your face!  From a practical standpoint, the boat also has a protected helm station for those less pleasant days at sea.

Admittedly, inside the forward berths on their 51 are narrower than those on a 40 charter catamaran to provide the high performance, but they would still work.  If a couple doesn’t have enough space, then one of them can us the top bunk instead!

The model we saw is owned by a couple that took delivery last year in France and sailed it to the US.  They will also be in the rally south this year with us.  They are hoping the weather allows them to do the trip in 6 days.  We’re hoping for 10-11.  I’d better make sure my wife doesn’t join their crew, or it will be a long trip for me.  Keeping with my car comparison, this would be the BMW M5.  The price for the smaller 45 foot model would be in the ballpark of $750k.

We skipped the Gun Boats at the show.  We respect what they are, but waiting in line didn’t seem worth it.  Besides, we are too conservative to take a Lamborghini equivalent to sea.  Plus I suspect I could have the Outremer 51 and a Lamborghini, and probably enough money left over to enjoy both instead.

The last boat that was of interest to us was the Balance 451.  An evolution from their earlier 42′ design its name was chosen to imply that it is built as that perfect compromise between performance and live aboard comfort for about $550k.  On our first walk through we were intrigued and I was glad to hear the owner of the company trying to talk a couple out of the generator they thought they needed.  There is hope that we might one day find one that isn’t overloaded with equipment.  I want to own my boat, not be owned by it and all it’s maintenance intensive systems.

At the moment, the company is still too new to know how the boats will stand up long term, at least in my opinion.  On a second walk through, I started to take note of fit and finish details.  There were some that impressed me and others that missed the high Hallberg Rassy standards I have come to accept.  Now, it isn’t fair to be critical as the only other catamaran we went through twice was the Antares, but I will be waiting to check out some later production hulls.  So, they are striving to be the Audi A4 Avant.  Bring the family, in comfort, but still enjoy the ride.  A nice concept.

Almost forgot the mention the Neel 45 trimaran.  Very interesting layout and accomodations for two staterooms.  And very fast.  This was Chrissy’s favourite and something to look into further.

At this point, while we are very intrigued by the idea of a catamaran one day and possibly for cruising as a family if we have one, a catamaran is a distant reality.  I caution that I haven’t had the privilege to sail any of these cats in protected waters or at sea.  I certainly have a lot to learn, as I may find that the Antares is just a steady and consistent performer in all weather, while perhaps the much faster Outremer is fast and fun in some conditions and terribly punishing in others and only slightly faster on average.  I really don’t know.  But, Given that this year a Catana 471 and Outremer 51 are in the Salty Dawg Rally, you can bet I will be chatting up their owners when we make it to the BVIs.

More In Realities of Living the Dream 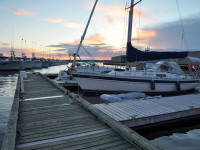 You’ve Had Questions. We’ve got Answers 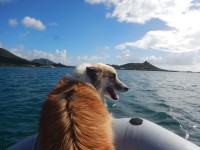 Perks of Cruising – Defining the Important

Since our last visitors departed this past Monday, we haven't had a breath of wind, so we've stayed put allowing some time to reflect on the…read more → 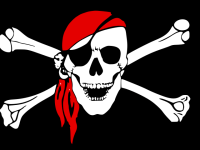 Managing Some of the Risks as Vagabonds

Life is full of risks whether you live an ordinary life or a slightly less ordinary one as we currently are. Despite that everyone has…read more →