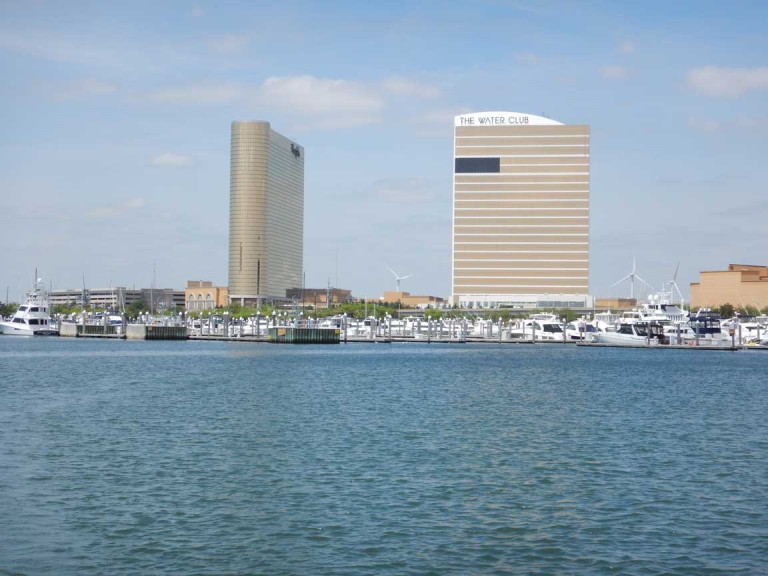 We departed Beaufort, NC with light winds which saw as motor or motor sailing half of our 60 or so hour trip to Atlantic City.  This is one of the downfalls of being on a schedule, but on the bright side it is more comfortable ride when you aren’t heeled over 30 degrees.

Our whisker pole has really earned its place on the boat and has definitely contributed to better boat speed on several of our passages.  While I don’t particularly like running wing on wing, sometimes it is the best option.  The big difference we observed on this leg of the journey was the change in the colour and temperature of the water.  Near Cape Hatteras at the edge of the gulf stream we saw 20C and a pleasing blue colour, while further north the water temperature dropped down to 10C and the colour has been greenish grey ever since.  Needless to say that night watches in my underwear are a thing of the past now with our heavy duty foul weather gear coming out on this trip and even our toques for the last night before we arrived in Atlantic City.

We really need to work on timing our landfalls for day time, but here we are now, 2 for 2 in the dark.  I attempted to take a picture of the Atlantic City casino skyline as we came in but the motion of the boat makes it difficult to get a crisp image.  At least we were anchored early enough to get almost a full nights sleep.

Atlantic City in the tourist areas is an interesting place.  It has an extensive sand beach with a mix of little beach stores and bars not unlike what we would find at Wasaga Beach, a pier with rides not unlike the CNE and mega resort casinos interspersed in between along the waterfront boardwalk.  However, outside the tourist areas the city has quite a few run-down neighbourhoods and is in the top 10 most dangerous cities in the US but I suppose that is attributable to the mob, prostitution and drugs that tend to go hand in hand with gambling.  In recent times the situation surely hasn’t benefited from the loss of employment from the closing of 3 or 4 of the casinos last year alone.

Once you reach the Taj Mahal Casino, looking further north the boardwalk is deserted.  Hardly a soul.

The 2 billion dollar Revel Casino was open for about 10 months.  Current prospective buyers are working deals in the 100 million range.

Once the Trump Plaza.  Mr. Trump sued to have his name taken off the building after they closed because it made him look bad.  He is on record in several news articles boasting how he made a lot of money on casinos here, but sold at the peak nearly a decade ago.

As we pulled out of the marina to continue our journey we grabbed a few more photos.

The pillars are all that remains of the boardwalk along the ocean inlet.  The light house is also obscured from a lot of angles too by the casinos.  That could be a real problem if all the casinos close their doors and turn off their lights. 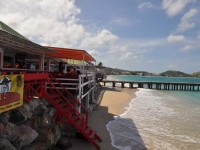 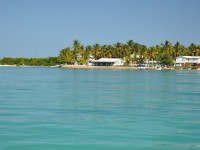 Revisiting some of our Favourites in the BVI